Age: 68. These days the seasons are less like a perfume to me and more like a clock.

When I was young, autumns were my favorite season—painfully romantic, full of the future, life-enhancing and lonely at the same time. The smoke in the air and the cold freshness made me want to run around, run anywhere. I loved playing football because it required running around fast and falling on the ground, a favorite activity of boys (and one which I think remains the basic appeal of the sport).

Each season had its flavor and power. Winter’s were perhaps the mildest—cozy, private, a little claustrophobic. Spring could be “the cruelest month”—I think it depended on how my love life was going—but the renewal everywhere made me lightly happy. Summer brought its sex appeal, but the absence of school was a real emptiness. I couldn’t live up to summer’s fullness and high expectations. When the Beach Boys sang “There ain’t no cure for the summertime blues,” I was relieved to know they felt that way too.

The rhythm of the seasons… (stepupliving.blogspot.com)

These days, decades later, either my senses are declining or sheer repetition has taken the intensity out of the seasons, or both. Though autumn is still my favorite and summer still less than idyllic, now I’m more caught up in watching the plants grow, bloom, and fade. I’m in awe not so much of the seasons themselves but of the inescapability of the changes, the daylight lengthening or shrinking, the air turning warmer or cooler. Lovely as it all is, it’s the relentlessness of the cycle that gets to me now.

Sometimes I think, one less summer left, one less autumn to go. 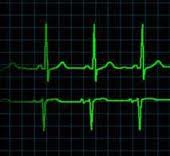 The other rhythm I’m aware of these days is my heart’s. It has been irregular for periods, enough so that I no longer take it for granted when it’s regular. As this autumn was coming in, it struck me that the seasons also are a heartbeat. My heart pumps in, pumps out, pumps in, while the seasons pump the life of the planet, year in, year out. The globe’s temperature, moisture, and light pass by in a rotation that brings forth sprouting, blooming, fading, dormancy, sprouting—the cardiac coordination between the planet and its life.

My heart will run down—is running down—my seasons will run down and run out, but my inclusion in the endless beat of the seasons all these years—the inclusion of every living thing in the rhythm that carries us along—has been a taste of immortality.