I’m not in any immediate danger of dying—beyond the usual unpredictables—in that I’m only 69 and quite (though not perfectly) healthy. But the future looms, and I try to feel clearly the fears that go through me when I think about it. The following fears are not in order of “worst first” or any other sequence, since different fears seems to float to the top at different times. The exception is the last one, which is the faintest, as explained. 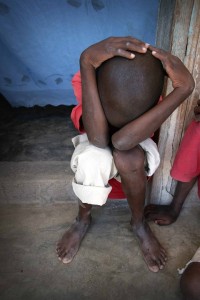 1. I feel afraid that dying will hurt a lot. Not the moment of dying itself, necessarily, but some of the stages leading up to it, the diseases or injuries, the weakening and failure of organs, nerve cells that don’t function, confusion, dread. Pain may not be inevitable, but one way or another it’s probable. There is not much consolation to be had for this fear, except for the power of modern medicine, which is considerable when things go right.

2. I’m afraid of being away from “home.” When I think of dying, I begin almost immediately to miss my family, miss being with friends and familiar faces, miss home, the air in the morning, birds, coffee, even the news. I miss the future, in advance. It’s an absurd anxiety: I’m not dead yet, so I’m not missing all those experiences now, and when I am dead, there will be no “I” to do any missing or anything else. But it’s difficult not to feel in some shadowy way that when I die, I’ll be going away to a strange place, and the thought makes me homesick.

3. Another fear at the prospect of death comes as a sudden gasp over what I’ve left undone. A short list of high hopes and vain ambitions flares up and then settles down again. At this point in my life, my glass is way more than half full. But when I think to myself, “My glass is half full,” that only sets off the old, anxious frustration over those goals that remain unmet. Oddly, it’s the thought that “my glass is partly empty” that calms my discontent. It’s a reminder that people and lives are all imperfect, incomplete, and  that all our actions are constantly being left behind by whatever comes next. 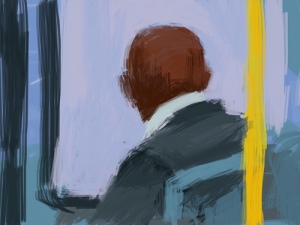 4. I’m afraid of having to let go of my self. All my life I have been taking care of my self, and it’s been a full-time job. My self has had a laundry list of needs, wants, injuries, pleasures, dreams, guilts, loves, fears, and more. I’ve invested a lot in this self of mine and it’s not easy to think about cashing it in. Every living thing, even plants and microbes, are reluctant to die, in that it is the nature of being alive to try to stay alive. But maybe when the time gets closer it will be easier to say good-bye.

5. Behind all of the above, like a background hum, is the anxiety that when I die the rest of the universe will end also. It’s a quirk of the brain, I think– a spinoff of trying to imagine nothingness. It also reminds me of children at a certain stage, who think that if they can’t see or touch an object, the object doesn’t exist. Whatever its source, such a background fear might be common and perhaps helps account for the terrifying totality that death is thought to bring with it. In any event, it’s  reassuring when I look around after summer’s greenery has faded to winter or after learning of someone’s passing and I say to myself, “Look, the world continues; life continues; when I die, everything will go on”; to remind myself that the world is always as full of animation as it is of disintegration; to conclude in fact that death and life are counterbalanced, twisted together, as they stretch through time.