Religious or spiritual naturalism (I’ll use spiritual for both) is a subject dear to my heart. But sometimes I wonder about what exactly we have in mind when we use the word nature. In what I read and even in what I’ve written, the meaning of nature seems prone to being shifted or narrowed to suit the discussion. I bring up the topic with some trepidation because nature is at the core for groups I am happily part of. But maybe that’s a good reason to raise it.

Virtually everyone values nature in the form of the woods, the fields, the mountains and ocean, the animals, plants, the air and water around them. But if asked for a definition of nature, spiritual naturalists offer up a generally accepted definition that is much broader than any of this earthly scenery. Nature as spiritual naturalists conceive of it is all that would not be considered supernatural. Nature refers to the universe of materials and forces that we perceive with our senses and that scientists infer from their observations.

But the breadth of this definition may take us places we had not planned on going. We often reiterate, for example, that we humans are part of nature. But many people might be reluctant to include our cities, cars, computers, pollution and other human products as part of nature, even though all of these fall within the category of things in the universe.

Another complication in labeling the whole universe as nature is that this natural vastness possesses almost none of the characteristics that we often attribute to it. The light at sunset shines in various wavelengths, but without humans to admire those sunsets, they would not be so famously gorgeous. Similarly, while the universe may resemble organic life in its evolution and its cycles, the universe—nature in its totality— is not “alive” in our usual sense of the word. In short, apart from certain principles of physics, nature has no universal characteristics at all, no living qualities, no values. 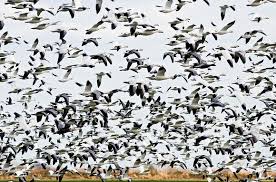 Still, so many of us seek meaning and understanding from nature at large or from some piece of it. We take strength from our traditions of gratitude and reverence for the universe. In doing so we select from nature according to our spiritual needs. We value the land, sea, and sky for the transcendence they offer from our rough-and-tumble society (even though that society too is natural). And we cherish the cooperation and interconnection that we find in the cosmos and among living things—even though such collaboration is not always benign, for animals and humans often cooperate in order to prevail over others. We find in nature what we need and we set other parts of it aside.

Up into my middle age, I was intrigued by accounts of how the universe began and how it unfolded. But for the last couple of decades, that question has faded and others have moved to the foreground. These are questions related to reviewing my life, anticipating death, and trying to grasp the flow of daily life. Today, the universe story no longer raises the hair on the back of my neck. But the history of living things still does. I too have sliced nature my own way.

Loyal Rue has written, “Nature is enough.” I sometimes think that “nature is too much.” It is big, it is both unchanging and in constant transformation, and it is easy for us to read into it without realizing that we are doing so. Perhaps inevitably, we carry a double vision of nature. We need to hold in mind the totality of nature that is beyond easy description at the same time that we revere the portions of it that move us.