Richard Dawkins has brought me up short about how easily our ordinary beliefs and value judgments can skew our views of what science has to say. In his 1997 lecture on “The Values of Science and the Science of Values” (included in his 2017 collection Science in the Soul), Dawkins describes two examples.

First, admiration for Darwinian natural selection as a model for how human society functions or should function suggests a failure to grasp what that mechanism is all about. 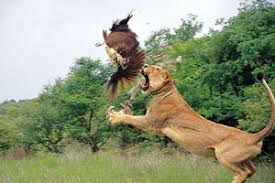 If you must use Darwinism as a morality play, it is an awful warning. Nature really is red in tooth and claw. The weakest really do go to the wall, and natural selection really does favor selfish jeans. The racing elegance of cheetahs and gazelles is bought at huge cost in blood and the suffering of countless antecedents on both sides.…The product of natural selection, life in all its forms, is beautiful and rich. But the process is vicious, brutal and short sighted. (Kindle location 559)

And the fact that we ourselves are products of that process shouldn’t fool us.

We are Darwinian creatures, our forms and our brains sculpted by natural selection, that indifferent, cruelly blind watchmaker. But this doesn’t mean we have to like it. On the contrary…‘Darwinian’ is not a bad definition of precisely the sort of politics I would run a hundred miles not to be governed by.

Dawkins’ second example is eugenics—not the debate over its ethics but the argument that we needn’t worry too much about its immorality because, in the long run, its success is not scientifically possible.

The premise is that to breed humans selectively for abilities such as running speed, musical talent or mathematical dexterity would be politically and morally indefensible. Therefore it isn’t (must not be) possible – [it’s] ruled out by science. Well, anybody can see that that’s a non sequitur, and I’m sorry to have to tell you that positive eugenics is not ruled out by science. There is no reason to doubt that humans would respond to selective breeding just as readily as cows, dogs, cereal plants and chickens. I hope it isn’t necessary for me to say that this doesn’t mean I’m in favor of it. (588)

Dawkins adds that even in the case of human intelligence, composed of multiple factors that we don’t understand entirely, the fact remains that “there has been an evolutionary trend in our ancestry towards increased intelligence” (604). That trend means that

we could, if we wanted to, use artificial selective breeding to continue the same evolutionary trend.

I would need little persuading that such a eugenic policy would be politically and morally wrong, but we must be absolutely clear that such a value judgment is the right reason to refrain from it. Let us not allow our value judgments to push us over into the false scientific belief that human eugenics isn’t possible. Nature, fortunately or unfortunately, is indifferent to anything so parochial as human values. (612)

Reminder to self: Believing that something is true, or is probably true, or seems to be true, does not even come close to meaning that it is true.

2 thoughts on “Dawkins on Values and Science”