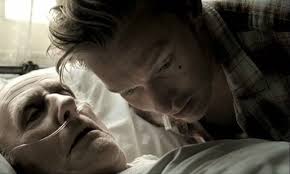 As reported in Pacific Standard, two studies have shown that when reminded about dying, religious people strengthened their convictions, agnostics became more uncertain, and atheists clung to their disbelief. Not too surprising. The results support the Terror Management Theory that people believe in religion and an afterlife as “a buffer against death-related anxiety.” Atheists appear to achieve the same psychological goal by sticking close to their emphatic secularism.

Are there any possibilities for more positive beliefs that might console atheists about death? Let’s consider the afterlife envisioned in Christianity and Islam. As consolation, it consists of several parts and has some strengths and some limitations.

One part, of course, is that you won’t really die; you will continue on in a friendly place. The second part is that a loving, protective deity will watch over you during this anxious transition; you won’t be going through it alone. A third is that going to heaven conveys a kind of merit; although the distinction between heaven and hell has faded over the last century or two, the aura remains of having earned a privileged closeness to God once you get to heaven. All very encouraging beliefs if you’re facing death.

But one oddity of this afterlife is that it is so narrowly future-oriented. Supposedly, when we are born, a new soul springs into being seemingly from nowhere and then, lopsidedly, lives on into an increasingly crowded eternity.

In contrast, the Eastern vision of reincarnation offers an historical as well as future vision, one of timeless souls recycling from body to body. Today’s non-theists might take a cue from reincarnation. They might find a secular consolation in the face of death by looking to the long history of life as well as its probably very long future. None of us sprang into being out of nowhere; we descended into it from all the living things that came before us over billions of years. And we live and will die with the company not of a protective deity but of the masses of plants, animals, and other humans that are our distant cousins. We are the current crest of the wave of life, the newest link of the ancient chain. It is this long history and long future of living beings that is our “immortality.” This is the kind of vision that I hope will console me when the end nears.

This perspective needs its metaphor. In The Sacred Depths of Nature, Ursula Goodenough quotes her father: “Life is a coral reef. We each leave behind the best, the strongest deposit we can so that the reef can grow. But what’s important is the reef.” I also like another image that is a variation on the tree of evolution: “Life is a 3 and ½ -billion-year-old tree. We each are tips of the twigs that gradually grow into limbs that in turn support new branches.”